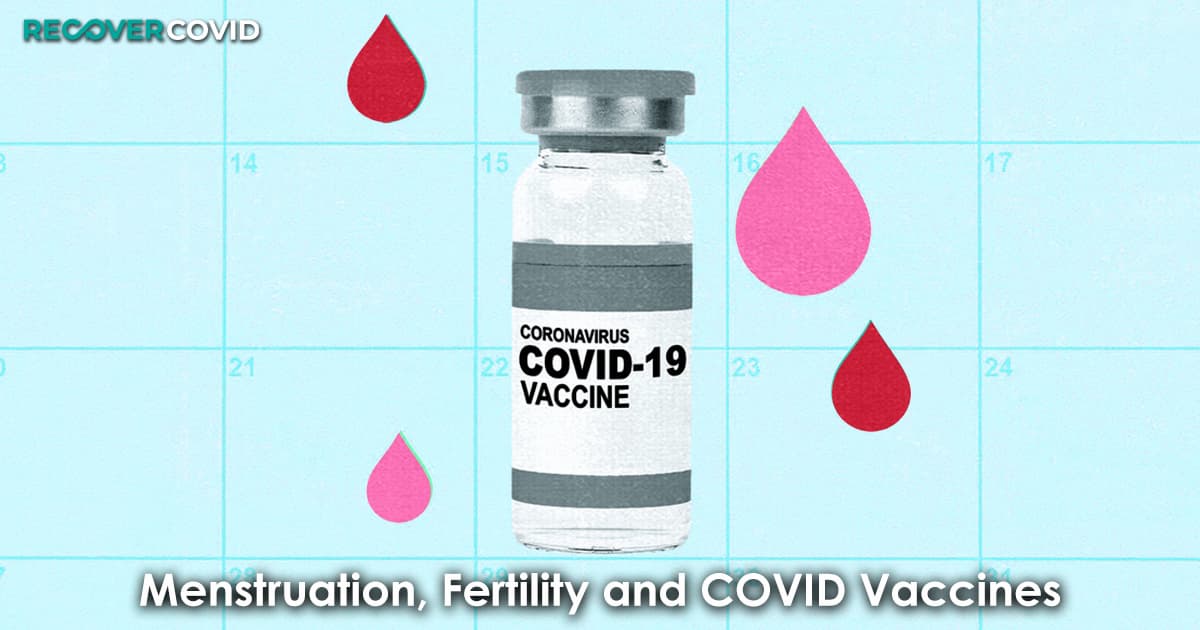 After vaccination, some people may experience slightly delayed periods. However, doctors claim that given the variety of external factors that affect the menstrual cycle, it is only temporary and even makes sense.

Despite being a crucial signal and pattern that frequently reflects physical and mental health, the menstrual cycle was generally overlooked in early studies on vaccinations, much like many other scientific and medical research endeavors.

In gynecology and reproductive medicine, that tiny difference isn’t a significant concern, even though it is validating for those who did observe a shift in their period after the vaccination. That’s because a variety of factors can change the hormones that regulate and orchestrate the delicate dance that is the menstrual cycle, including:

Here are some facts about the COVID-19 vaccine, menstruation, and fertility.

Some people noticed that their periods were slightly different the month they received their vaccinations once the COVID-19 vaccines began to be widely distributed.

Then, in April 2022, a study in the Obstetrics and Gynecology Journal supported a common belief:

Getting vaccinated may momentarily postpone your period.

The study found that a regular menstrual cycle, ranging from 24 to 38 days, in a healthy person was delayed by an average of about one day. In one to two months, most people’s periods returned to normal.

People with regular periods who weren’t using hormonal birth control, which interferes with ovulation and affects whether or when someone suffers a monthly bleed, showed a similar trend, according to extensive research published in September 2022 in BMJ Medicine. For the vaccination cycle, menstruation began a day or so later than usual, although this alteration was just transitory. The average delay for those who received two doses of the vaccination during the same menstrual cycle was roughly four days.

But will you become infertile as a result? No.

The alterations following immunization appear to be transient, much like other variables that may cause a period to appear slightly different than usual (such as stress, a period of intense activity, or COVID-19 itself). However, according to the researchers, the modifications can also be “minor compared with typical variation” of the menstrual cycle. Therefore, even in those with regular cycles, a period might not be deemed overdue until a few days after the due date.

However, it’s critical to remember that the study was conducted on individuals with regular menstrual cycles and no history of birth control usage, as researchers in the BMJ study did.

I want to make sure we deter people from those incorrect tales out there regarding fertility consequences. A cycle or two of irregular periods may be unpleasant, but it won’t have any negative medical effects.


The Chair of the Yale School of Medicine’s department of obstetrics, gynecology, and reproductive sciences, Dr. Hugh Taylor

If your period happens to be a little bit different the month you have a vaccination, unless you suspect another reason, you probably don’t need to be concerned. Hormones may be momentarily thrown off when our bodies go through temporary stress, illness, or a sudden lifestyle change. You could interpret this as nature telling you that now is not the best time to get pregnant, which leads us to the next question of importance.

The ACOG, the ASRM, and the Society for Maternal-Fetal Medicine disagreed in a statement released in February.

The COVID-19 vaccine is advised for women who are pregnant or may become pregnant in the future.

There is currently “no evidence,” according to the US Centers for Disease Control and Prevention that any vaccine, including those for COVID-19, affects a woman’s or a man’s ability to conceive. The following research supports the agencies’ assertion:

One study examined women who became pregnant while taking part in clinical trials for the vaccination developed by AstraZeneca, which is comparable to the vaccine developed by Johnson & Johnson. When comparing women who received the COVID-19 vaccine to those who received a placebo, the researchers discovered no differences in miscarriage rates, pregnancy rates, or fertility.

Similar studies have been conducted using mRNA vaccines to prove no distinctive connection between fertility rate and COVID vaccination.

And since vaccines are off the table, this leaves us debunking the last myth about fertility and COVID.

Does Contracting COVID Make it Difficult to Get Pregnant?

According to recent studies, it depends.

Recent research focused on heterosexual couples trying to conceive “spontaneously” discovered that while a woman’s recent COVID-19 infection did not affect a couple’s chances of conception, a man’s COVID-19 infection had a temporary negative effect.

Though the association appears transient, couples seeking to conceive had a marginally reduced chance of success (approximately 18%) if the male partner had COVID-19 within 60 days of the reported menstrual cycle period. However, there were no variations in fertility 60 days after the spouse contracted COVID-19. Although some male partners filled out a questionnaire, women who kept track of their menstrual cycles reported their partner’s health history and vaccination status in the study.

According to the CDC, fever from an illness might cause a temporary drop in sperm in otherwise healthy men, and COVID is undoubtedly not an exception. Other than that, however, multiple studies have shown no significant difference in fertility between vaccinated and unvaccinated men.

Ultimately, new variants keep emerging and could affect your health in unpredictable ways. Therefore, you should do your best to protect your most important asset – your health. 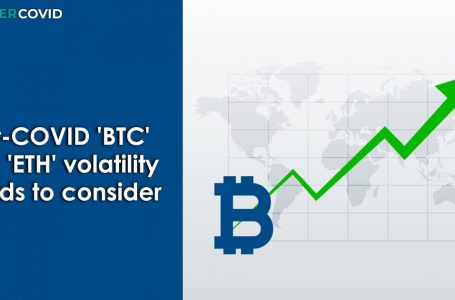 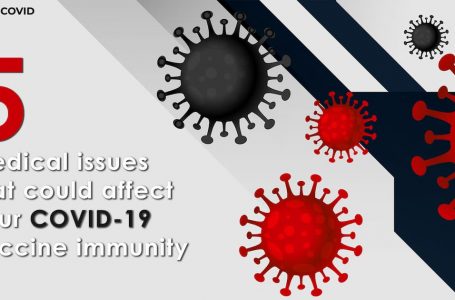 Five medical issues that could affect your... 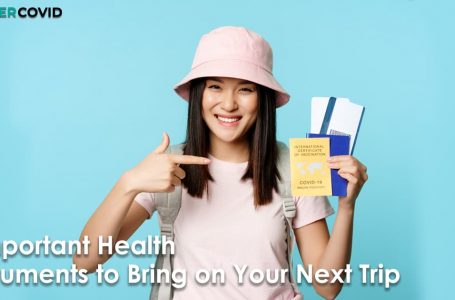 6 Important COVID Documents to Bring on...