For a short period, the World Health Organization busily reported on new SARS-CoV-2 Variants of Concern (VOC) on a nearly bi-monthly basis. Globally, each successive subset of the virus managed to crowd out the seasonal influenza outbreaks. This year, however, influenza did manage to come back in circulation. The co-existing of both viruses led to overlaps and co-infections, which coined the term ‘flurona’.

Flurona – the combination of COVID-19 and influenza

Both coronavirus and seasonal flu share the same risks of contracting the virus. That is via maintaining close contact with an infected person or infected surfaces and air. As the Omicron is gaining momentum globally, the unlucky combination of coronavirus and the flu in the same individual at the same time – Flurona – is also expected to rise in reported cases. But despite the new term, reports of doctors in Wuhan, China, show co-infections occurrences as early on in the pandemic as at the beginning of 2020.

As already known, in people with underlying factors, the COVID-19 case could aggravate unexpectedly. Such claims open the path to concerns of people in fear of contracting a concomitant infection. The question is: are they valid?

In theory, existing infections in the body and the cells of the respiratory tract could lead to exacerbating COVID-19 manifestation. The good news is the spontaneous transmission and spread of flurona have been minimal so far. Yet, healthcare specialists advise focusing on increased personal hygiene and social distancing, especially if you’re at risk of getting respiratory viruses.

Generally, doctors and scientists gather around the assertion that there is not enough data to conclude the topic. There, it is hard to know when someone has both viruses. Albeit, a probable assumption is as winter in the Northern Hemisphere progresses, the co-infections are like to become more common.

What are the symptoms?

The two years of strict government-level infection control are now followed by relaxation in precautionary measures and increased social mixing. It is best to know what the combination of both viral diseases involves:

But those symptoms are all too common for those infected with either virus alone, making it difficult to identify the co-existence. It is, therefore, generally wise to follow the virus prevention measures on a daily basis.


Flurona worldwide – now and in the following months

There have been many reports of flurona in various countries across the globe. A high-profile case emerged in Israel when a pregnant woman tested positive for both COVID and flu at the hospital. According to the reports, she hadn’t received any vaccines for COVID. Since she showed mild symptoms, she was released.

At the moment, there is an upturn in new cases of coronavirus in Israel along with flu this winter. There are numerous reports of contracting double infections in Spain. Three Brazilian states are compiling reports on flurona cases as well, and in addition to this, the United States reported on such occurrences in the early stages of the pandemic as well.

Harvard associate of Bioengineering, David Edwards, however, shares that the prospects of both Omicron variant and influenza virus happening at the same time are low for most people. According to him, “the possibility is like a person robbed by two people on the same day.”

The key takeaway at present is that co-infections are real and are happening, and health organizations worldwide are working to find how common it is to occur. Nonetheless, healthcare specialists advise taking proactive precautionary actions and considering a primary and a booster shot of the available vaccines to fight the spread.

E-commerce growth in times of pandemic –... 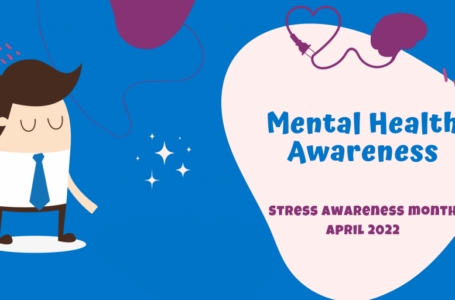 Post-COVID anxiety disorder symptoms: What is it and...

Post-COVID anxiety disorder symptoms: What is it and...

The COVID-19 Impact on the Hotel Industry

The Economic Consequences of COVID-19

The Environmental Impacts of the Coronavirus